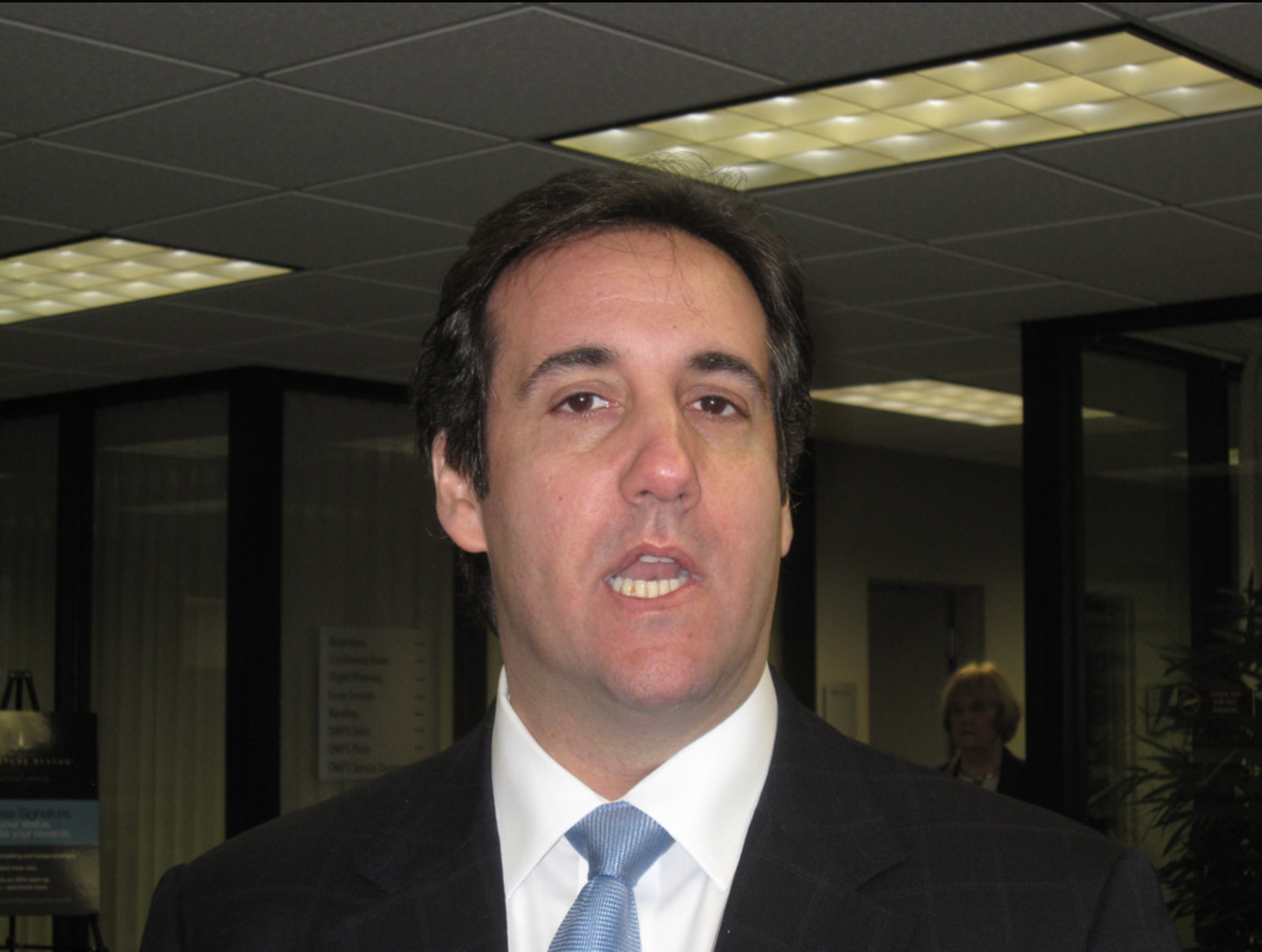 Following the story as the 116th Congress continues rolling forward.

Michael Cohen went too far today to try to gain sympathy from the American people. Last night, under the glow of the midnight oil, the opening remarks were prepared, and edits were made, until the resulting document had exhibits which aimed to create as much controversy as possible. In fact, the submission of his opening remarks violated the rules which are meant to provide written opening remarks to the committee in a more timely manner. Cohen took the stand, stated that Donald Trump is a racist, a con, and a cheater. Cohen even let the world know in his testimony today that he feels he was the single/sole catalyzing factor in establishing the feasibility of the candidate. I had never heard that one before. Cohen has a big big head. Through making a website (Should Donald Trump Run. com) and appearing on the “top” list of potential 2016 Presidential candidates , efforts were subsequently made to cook some polls. In general, it was through early momentum in popularity that Trump was elected. Cohen added color to the narrative which suggests Trump didn’t win his own race. He gave hefty arguments against the use of political currency that was used to get Donald Trump elected President of the United States.

In 2020 the next presidential election will happen, effecting the direction that America will be led next. What the world witnessed today, in front of the House Oversight Committee, was a convicted felon giving testimony about President Trump. Some members of the committee are anti-Trump and their questions were meant to further engrain the narrative they depend on to get re-elected. These democrats would have wanted leadership from Hillary Clinton, who is herself the subject of an ongoing investigation at the present time. https://esptribe.com/hearing-on-the-clinton-foundation

We will have to wait and see what the results become for Michael Cohen. He has the Southern District of NY working on his behalf, saying that he is assisting with ongoing investigations. There is a chance that the 3 years of jail time might be reduced through this cooperation. Not sure what else has to be said about that, until the next set of facts come out. Maybe another article will cover those points more specifically. Historically during the Trump Administration, hearings like these have financially netted their witnesses millions of dollars. In the case of Michael Cohen, he now has a thick novel to write and sell, which will further the popular #NeverTrump mindset that seems to sell so well in bookstores. Cohen has said that his hope is to “Heal America”.

Think back to #BelieveAllWomen and Dr. Blasey Ford. Ford and Cohen are simply joining the ranks of failed figureheads for whatever true agendas combat and attack the sitting President. Michael Cohen will be the first to tell you, he acted in bad character during some of his activities. He feels remorseful that he became “enchanted” with Donald Trump and used his position to do anything necessary to shield Trump. On several occasions, Michael Cohen intimidated entities on topics such as protections of Trump’s SAT scores, grades, and other records on behalf of then candidate Trump. In cases where unfavorable stories were being written about then Candidate Trump, Michael Cohen’s job was to “fix it”. An invaluable role from the perspective of any Presidential Candidate, in my view.

The management and minimization tactics of both the HRC and DJT campaigns in 2016 is subject to further discussion by this author, who is vocal in his support of the actions of the GOP to re-elect President Donald Trump in 2020. Both of these campaigns are a treasure trove and a case study about the “catch and kill” methods which silence the voices of detractors. Did HRC’s heavy-handed and unfair collusion with the DNC damage the reputation of that political institution? Is there a sound argument which can persist until 2020 which can legitimately outline the actions of President Trump as beholden to Putin? I think not. Putin has his own backyard, and eats his own borsht. Donald Trump has been a Patriot for America for a long, long time. It’s not his fault that he hired the dishonest and client-recording Michael Cohen to help him attain the presidency in 2020. It’s not his fault that a fake dossier was bought and paid for my Hillary Clinton in an attempt to undermine the presidential candidacy of Donald Trump.

When the gavel first came down today, the chairman promised to nail Cohen to a cross if he lied and he was correct in anticipating things would be questionable during the hearing. Involvement of Michael Cohen with any offshore accounts, foreign contracts, foreign clients or foreign entities was to be disclosed, and there remain some questions as to the facts at the present time. That’s what the committee was designed to do – put witnesses under oath and question them, at the looming risk which goes along with the “so help me God” part. A roadmap was established for “who else was involved in this” during the hearing, which will lead to the next steps in this unfolding.

As far as FARA related (Foreign) business of Cohen and/or the Trump Organization, I agree with the need to look into foreign money, as transparently as possible, and be sure that the scrutiny gets also applied to the Clinton Foundation. Recall that there was a string of false statements, disguised as yet another one of HRC’s convenience-based shortcuts, which was discussed in a far more consequential hearing, about the Clinton Foundation. Yet that there are still unanswered questions surrounding that matter which seem to be minimized by the presence of the ongoing Anti-Trump bias that Hillary herself has helped cultivate. All along, the statements that are pro-truth, pro-justice, and pro-transparency must be applied evenly. The public demands this.

Rep. Rashida Talib spoke slightly after AOC, saying that Americans at home are frustrated, and want criminal schemes to stop, especially those coming from the Oval Office. I would suggest immediately broadening that concern to reflect the fact that 62,984,828 people voted for Donald Trump, and many of them are frustrated and want the criminal schemes of the Democrats to stop. This story won’t go away, and I think some of the words of Rep. Talib are subject to expansion in that respect. In fact, let’s make her eat her words. I’m saving that for a future post.

Rep. Talib asked Michael Cohen if he thinks the President is acting in the best interest of people of color. Cohen said no. She then doubled down on the racism picture, by inferring that Rep. Mark Meadows was a racist for his role in bringing a black supporting witness into the process. Rep. Talib said that from the position and perspective of a person of color, the tactics were clearly a symptom of systemic racism. This triggered the objections of Rep. Mark Meadows. The most heated part of this testimony, happened around 5:00 PM ET. That’s when we got to see some tension among the members of the committee during today’s hearing.

In 2 months, Michael Cohen will go to jail for lying to congress. Enjoy jail, Mr. Cohen. You made a lot of mistakes and today were just the latest ones. In the words of Chairman Rep. Elijah Cummings, “who knows where [Cohen] will go from here”. As Cummings points out, “rats” don’t get good treatment in jail. The Chairman acknowledged the size of the adversity in store for Michael Cohen, and said that “when we’re dancing with the angels, the question will be asked, in 2019 what did we do to make sure our Democracy will be intact”.

Thanks for being a part of the ESPTribe experiment.